TERUHISA FUKUDA studied shakuhachi with Baizan Nakamura and Miyata Kohachiro. He is a member of the Pro Musica Nipponia and master teacher working to free the shakuhachi from its strict traditional setting. Fukuda-sensei is the director of La Voie du Bambou in Paris, France. 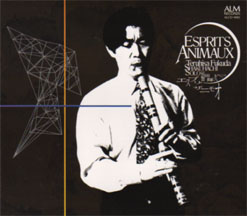 These modern compostions for shakuhachi were written by a number of distinguished young Japanese composers. They are xerox of the original handwritten scores in western 5-line staff natation that accompany all of the pieces played by Fukuda on this intriguing album.

4. The Rain in the Ancient Wilds by Yukiou Maeda [F-4] 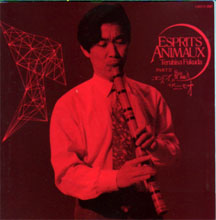 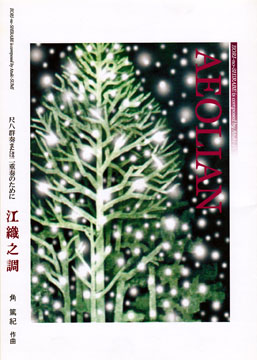 Comes with a CD of the piece performed by Teruhisa Fukuda. Available in Kinko-ryu, Tozan-ryu and Western 5-line staff notation.
Published by Tai Hei Shakuhachi under license from ART MUSE (Tokyo, Japan). [F-7]

Aeolian / Eori-no-Shirabe is a duet for two shakuhachi. Composed by Atsuke Sumi.

Composer’s notes: Aeolian / Eori-no-Shirabe was composed in a traditional form and performed as an overture at the Sainte-Ecole’s inaugural concert. It is can be played solo, as a duet or in ensemble. One of the most important features of this piece is its unsynchronized structure or openness to interpretation. For example, the unison following the long solo at the introduction is not necessarily performed in a prescribed or tight ensemble form. To achieve the proper mood, it is important for the players to envision an echoing sound as in deep mountains or deep valleys. In the latter half of the piece, the soloist chooses a performance plan that will arrive at the end together with the second shakuhachi. For these reasons, this piece of music is never played the same way twice. In Japanese, using the word of Sahoh, this is called, "Ichigo-Ichie", a once-in-a-lifetime opportunity. The music of Aeolin / Eori-no-Shirabe evolves like a flowing stream, a moving cloud or human life itself.

A duet for two shakuhachi. Composed by Atsuke Sumi.